The development of land rental markets in developing countries attracts much attention, but little is known about its impact on household income. This study empirically examines the effects of land rental decisions of farm households on their income and income components, i.e. farm, off-farm and transfer income, taking into account potential endogeneity of land rental decisions. Rural household survey data for 1080 households in 128 villages in Jiangsu Province, China are used to estimate these effects. Quantile regressions are used to examine to what extent effects differ between income groups. Results indicate that lessor households surprisingly obtain lower total income as compared to autarkic households. Among the lessee households, who gain on average from land rentals, the lower income groups obtain the largest total income gains. As to the sources of income, no significant differences in off-farm income between transacting households (i.e. lessee or lessor households) and autarkic households are found while differences in farm income between transacting households are as expected. Transfer income of lessor households is significantly lower than that of autarkic households. We explain these findings from some typical features of the rural land rental market in China and discuss the policy implications. 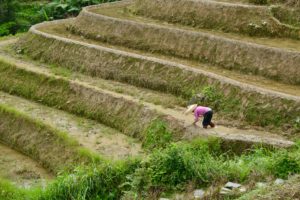